Welcome to the 471st edition of Phish.Net's Mystery Jam Monday, the final contest of June - shoutout to @Zands and @justino for two of the three clips! The winner will receive an MP3 download code courtesy of our friends at LivePhish.com / Nugs.Net. To win, be the first person to identify the song and date of all three mystery clips, which are connected by a theme. Each person gets one guess to start – if no one answers correctly in the first 24 hours, I'll post a hint. After the hint, everyone gets one more guess before Wednesday at 10 AM PT / 1 PM ET. Good luck!

Hint: I guess @The__Van will be providing this week's hint...

Answer: Not my favorite week to be MJM host, but I'll take the L here for not ending the contest this morning right at the 48 hour mark. Congrats to @perpg, who posted the complete correct answer first: 11/28/03 "Down with Disease," 8/5/96 "Down with Disease," and 8/16/11 "Down with Disease." Let's take a break next week and hope everything's right after the holiday - MJM472 drops on July 12th. Have a fun and safe July 4th.

If you liked this blog post, one way you could "like" it is to make a donation to The Mockingbird Foundation, the sponsor of Phish.net. Support music education for children, and you just might change the world.

Ooooooooh yes I like all of these clips very much

What is happening? Did everyone forget the rules/etiquette? Sorry to be a grouch . . .

I concur. It ruins the point of @ucpete taking the time to put these together every single week. SOME people clearly haven't been reading the damn book... 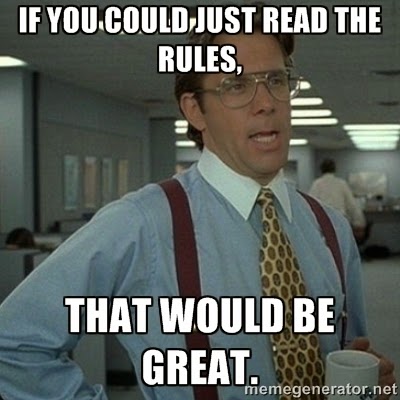 Idk why I keep checking these MJMs because it seems like this always happens;

Set 2
"If no one gets it, I'll use the hint."->Esoteric hint jam->Someone else gets it

I love it that people are engaged and comment on the blog, and I'd hate to discourage that in any way; and I also don't want the MJM to have a whole crazy set of written rules that I have to post each week (that will almost assuredly confuse, or scare newer folks away), but I would really appreciate it if folks would at least let the MJM get to the hint before dropping their own juicy hints as it messes with folks putting in the time to figure them out.

If you're someone with two of the three jams figured out when you see the comment above, you're pissed that someone may have just caught others up with no effort required, while not even taking a stab at solving the puzzle themself. I don't really understand the point of that, unless there's a perception that each puzzle is a group effort, which it really isn't supposed to be, but could be I guess...

Like, if it's late Tuesday afternoon / evening and nobody has figured it out, by all means share your thoughts on the jams. Maybe it's not obvious but I legitimately want the MJM to be solved each week and would be happy for the blog to never win again - when I don't give away the code one week, I give two away the next week, so someone may as well get the joy of solving it. But it's kinda lame to feel like I need to police the comments to make sure folks aren't taking it upon themselves to drop their own weekly hint.

And yes, I realize this is a new issue entirely created by my own doing when I expanded from a single clip to multiple clips - with a single clip, the amount of effort required is low, and you may as well take a random shot on goal instead of just hinting at the answer for others, and there are often many more guesses that it's difficult to separate the chaff from the wheat as a contestant anyway, and once you've identified one clip, you've won - there are no half-right answers that inadvertently catch others up. And I don't want to have to close the comments down and accept answers by PM only, because the folks who cruise by and comment each week are cool, and I like that community aspect around the MJM as well: Phish fans appreciating and commenting on a little nug of Phish they may or may not have witnessed or heard before...

If this keeps happening every week (and it does seem like it's happening more and more of late, and I'm not just referring to the last two MJMs), maybe we'll just go back to single clips all the time. I admittedly have a lot more fun with the thematic puzzles, but going back to a clip a week would be fine by me and it would get substantially easier and wouldn't really require any moderation or awkward messages or downvote dumps etc. Or maybe we just turn it into a group effort, and #sorrynotsorry if you're trying to solve it on your own. For what it's worth, the reason I went to the multiclip format is because we expanded the scope of the jam charts, and Phish.in / PhishTracks made scanning through hundreds of jams totally feasible (rather than relying solely on people going from memory or downloading sets from the spreadsheet), so the MJM had gotten WAY too easy to solve and I had to work much harder to come up with shorter, tricky clips ... but on the bright side, if we go back to single clips I'd never have to come up with a hint again because almost every MJM would be solved within an hour of posting?

Engage the FBI and have the bad eggs locked up in solitary and forced to listen to Phish dissonance 23 hours a day? Seriously, I suspect it's just a phase and it'll stop soon enough. Don't change the format. Funny enough, when I first heard these three jams, I said to myself, that sounds like they are from this year, that year, and that year, but I told myself there's no way I am going to play spoiler. Separate note. I have been listening to all the 80s shows in order and those early Have Mercy guitar solos are nice and chill! Go grab one and a smoke.
Score: 6
2021-06-29 3:56 pm, comment by justino

Haven't taken a swing at one of these in a while.

All right, I’ll take a swing, but total swag. Can’t win if you don’t guess and I don’t want to upset @UCPete have the Blog win!

As someone who's been doing this for over ten years and won the 21st installment, i still feel pretty embarrassed. I was just excited and forgot people could check statistics. Story of my life.
Score: 6
2021-06-30 10:06 am, comment by ucpete

Has anyone even figured out what song these three jams come from??

Wow. Nobody has this one yet? These jams sound so familiar, outside of that 3rd clip. I hate those stupid spacy clips. Which random array of noise is this?!
Score: 3
2021-06-30 2:23 pm, comment by FunkyCFunkyDo

Has anyone even figured out what song these three jams come from??

No idea if this counts or not (or if it's right) but... DOWN WITH DISEASE

Hahaha…bitches about the spacey jams and then learns it’s a spacey jam I attended and listen to with some regularity.

Geez, @RandomPhan gift wrapped it and slapped a big fat ribbon on it ... AND I BLEW IT!!!

Geez, @RandomPhan gift wrapped it and slapped a big fat ribbon on it ... AND I BLEW IT!!!

I'll say one thing, this was the most commented on MJM in a LOOONG time! Good times, all! 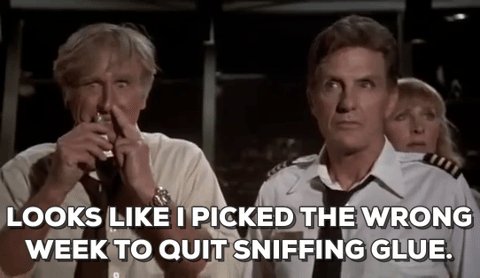 I'll say one thing, this was the most commented on MJM in a LOOONG time! Good times, all!

Ya, I guess the “rules” really prevent that! Too bad...

Went to that Nassau show and didn't place that DWD. I wanted to catch that 20th anniversary show in Boston so bad, but it didn't happen. That 8/5 show was the one where Phish.net put out that audience participation flyer that led to the Hood chant. Shocking that it took that long. It was an April 94 show where they got the Wilson chant going.
Score: 2
2021-07-02 2:10 pm, comment by MikeThong

Good puzzle! With some summer time off, I finally got to try one again for the first time in forever. I should have gotten this one. I had the third clip pretty quick but then the thread led to some red herrings which were of my own mind which has a mind of its own. Lol I wound up searching through all of @ the_van's show's, then through shows containing HaHaHa, then misread some extra hints. The blowing of it was all mine. Have a good holiday!
Score: 5

Fun with Setlists Check our Phish setlists and sideshow setlists!
Phish News
Subscribe to Phish-News for exclusive info while on tour!

Phish.net is a non-commercial project run by Phish fans and for Phish fans under the auspices of the all-volunteer, non-profit Mockingbird Foundation.

This project serves to compile, preserve, and protect encyclopedic information about Phish and their music.

The Mockingbird Foundation is a non-profit organization founded by Phish fans in 1996 to generate charitable proceeds from the Phish community.

And since we're entirely volunteer – with no office, salaries, or paid staff – administrative costs are less than 2% of revenues! So far, we've distributed just about $1,500,000 to support music education for children – hundreds of grants in all 50 states, with more on the way.